Though balance, harmony, repetition and height differential are essential and understood
practices in putting good gardens together, Hinkley will visually, and by use of images from both
of his gardens- Windcliff and Heronswood- to illustrate those principles that are often
overlooked; textural juxtaposition, fragrance and movement. It is these three on any scale- from
pot to sweeping landscape- that can make- or not - the gardens you have hoped to achieve.
Hinkley, though best known for his plant exploration efforts, has put together two distinctive
gardens- one in sun while another in shadow, from which he will draw examples.​
Items for sale:
Dan will be bringing an assortment of plants for sale after the talk.  Cash, checks and credit cards will be accepted. 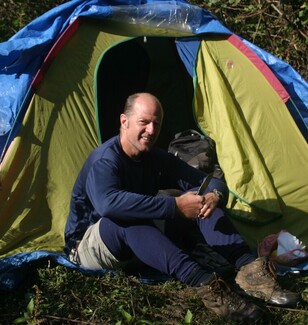 Dan Hinkley, born in the zone 4 highlands of North Central Michigan, has had a lifelong interest in all types of plants from trees to edibles, leading him to received his B.S. in Ornamental Horticulture and Horticulture Education from Michigan State University in 1976 and his M.S. in Urban Horticulture from the University of Washington in 1985.

Dan has written articles and columns for a number of horticulture publications and has been featured on Martha Stewart Living and PBS Nova television programs.  His numerous books have received critical acclaim.

Dan's accomplishments have been recognized by many prestigious horticultural organizations with Lifetime Achievement recognitions.  He has received numerous medals in recognition of his contributions to horticulture education and practice and plant research.  He currently sits o the board of the Elizabeth C. Miller Botanical Garden.

Dan currently resides in Indianola, WA on a south-facing cliff overlooking Puget Sound.  He is creating his latest endeavor in the Gardens of Windcliff which include a large greenhouse, raised beds and a generous potager for research in edibles.  He is in the process of writing a third book in the Explorer's Garden series, a second book on the Winter Garden and a book on the Making of Heronswood.
​
Brought to you by: